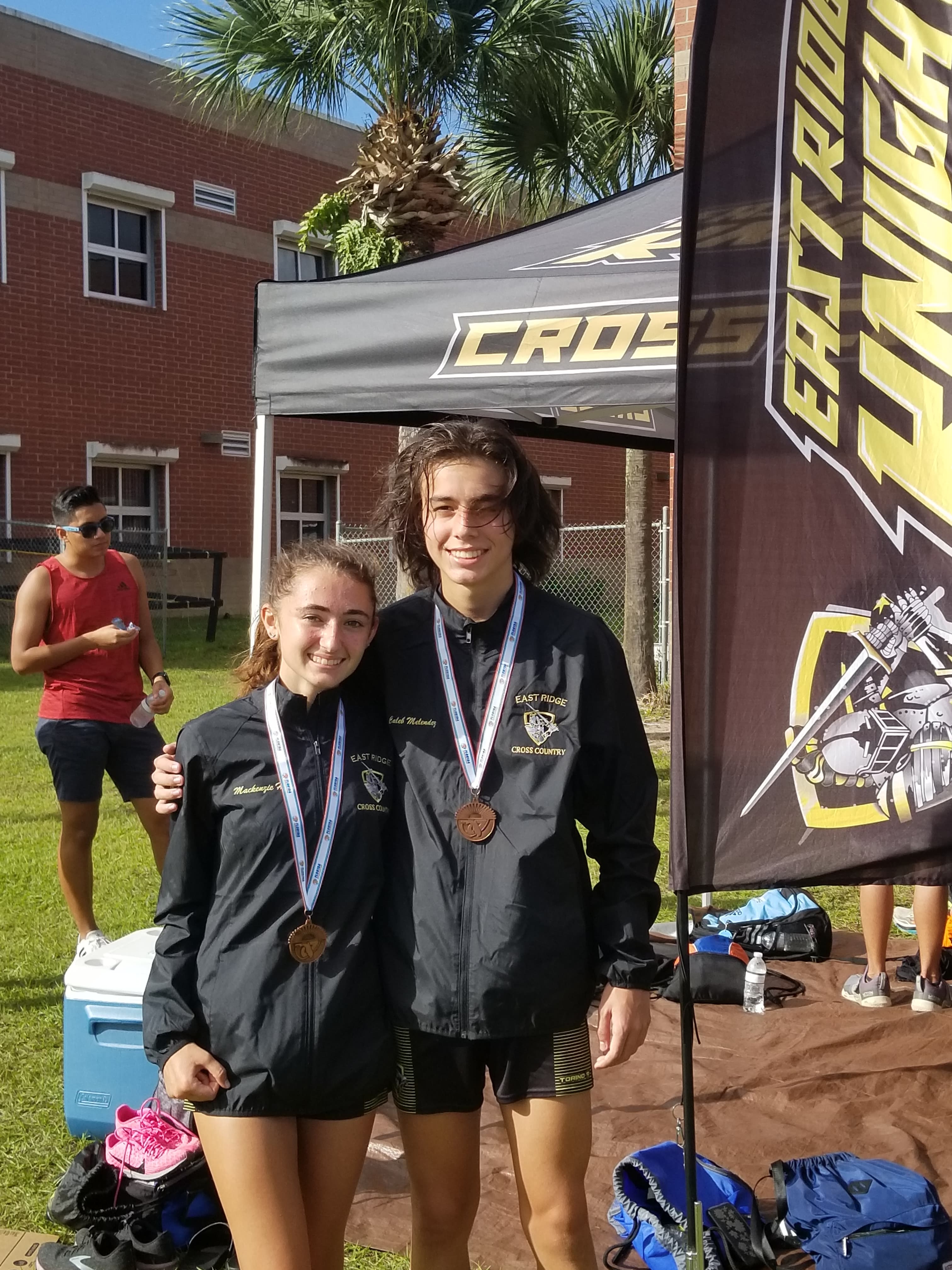 The 4A, Region 2 race is always one of the most hotly contested races all year in the state of Florida.  Typically, the race is comprised of some of the largest and most competitive schools in Florida, all competing for a trip to the prized state championship race in Tallahassee.  Every athlete puts it all on the line for that shot at glory.  So with all that is on the line, times are blazing fast.  It was no different yet again, even in the midst of unusually warm weather on a November morning.  The boys team finished in its highest place at a regional race in school history, eighth place.  The overall winners were fellow District mates, Olympia.  Rounding out the top-4 were Lake Mary, West Orange, and Hagerty High Schools.

As well as the East Ridge Boys Cross Country team competed, that was not even the best story of the day.  Junior Caleb Melendez finished ninth overall (16:58) which qualified Caleb for the State Meet in Tallahassee.  This is the first time a boys individual has qualified for the prestigious race since Mark Holsbeke in 2004.  With his ninth place finish at the Regional race, this was also the highest individual place a boys runner from East Ridge has finished in school history.  Rounding out the scoring for the Knights included Hansel Lugo Ramos, who finished just outside the qualifying standard for the State meet in a blazing fast time of 17:19, a personal best, and 17th overall.  Third for the Knights was consistent Sophomore Connor Carroll (40th overall) with a time of 18:24.  Fourth and fifth for East Ridge was Zach Nakoski (58th overall, 18:47) and Ben Kazel (63rd overall, 18:56).

Now, the East Ridge Boys team looks to the future, which looks very bright.  The Knights will return much of their scoring from this year in Juniors Melendez, Lugo Ramos, and Kazel.  In addition, steadily improving Sophomore Connor Carroll will continue to get better and help anchor the Knights.  Lastly, the Knights have some younger runners that will look to contribute next year in Sophomores Brandon Aiello,  Kallan Click, Kaden Rhoden and Zach Blythe and Freshman Aidan Flower.  Unfortunately, the Knights will have to fill some holes on the back end of their scoring, as they say goodbye to contributing Seniors Foster Kish, Zachary Nakoski, Robert Rosser, Eli Wolsefer, Chace Maus, and Jeffrey Gonzalez.

The season will come to a close as Caleb will be running at the State Competition in Tallahassee Florida on Saturday, the 14th at Appaloosa Park.  He will be joined by fellow female Knight, Mackenzie Hill, who also qualified for the state meet this year.