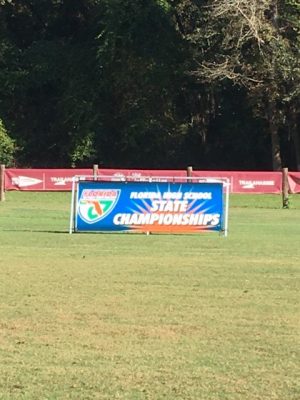 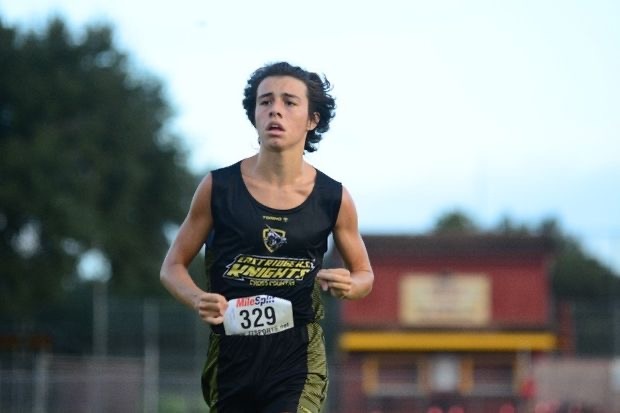 The 4A State Championship Cross Country Meet features the top runners from all over the state at the most beautiful, perfectly laid out Cross Country course in the state of Florida, Appalachee Regional Park in Tallahassee.  The boys race is typically over in under twenty minutes and is blazing fast.  On Saturday, more of the same continued.  In an unusual late start time of 10:50 and a warm late morning, the first place boy, Rheinhardt Harrison from Nease High School, finished first in a time of 15:26.  Harrison was followed by his teammate, Bradly Ball.  The winning team in the 4A race was Columbus High School, out of Miami, followed by Viera High School.

The only runner from East Ridge to qualify for regionals, Caleb Melendez did not disappoint.  Caleb, who was the first individual boy from East Ridge to qualify for the State Meet since 2004, ran a solid 16:54, which was good enough for 41st place.  This was an amazing time, considering the heat that had set in by a start time that almost crept into the afternoon.  Many of the boys times were down due to the late start and the slightly hilly conditions of the course.  Caleb, though, was only two seconds off of his Personal Best.  He also was able to defeat several runners from the regional the race the week before.  With his state time, Caleb was also only 24 seconds off of the school record.  Caleb looks to go into his senior year next year, eyeing another return to the state meet and the East Ridge school record.