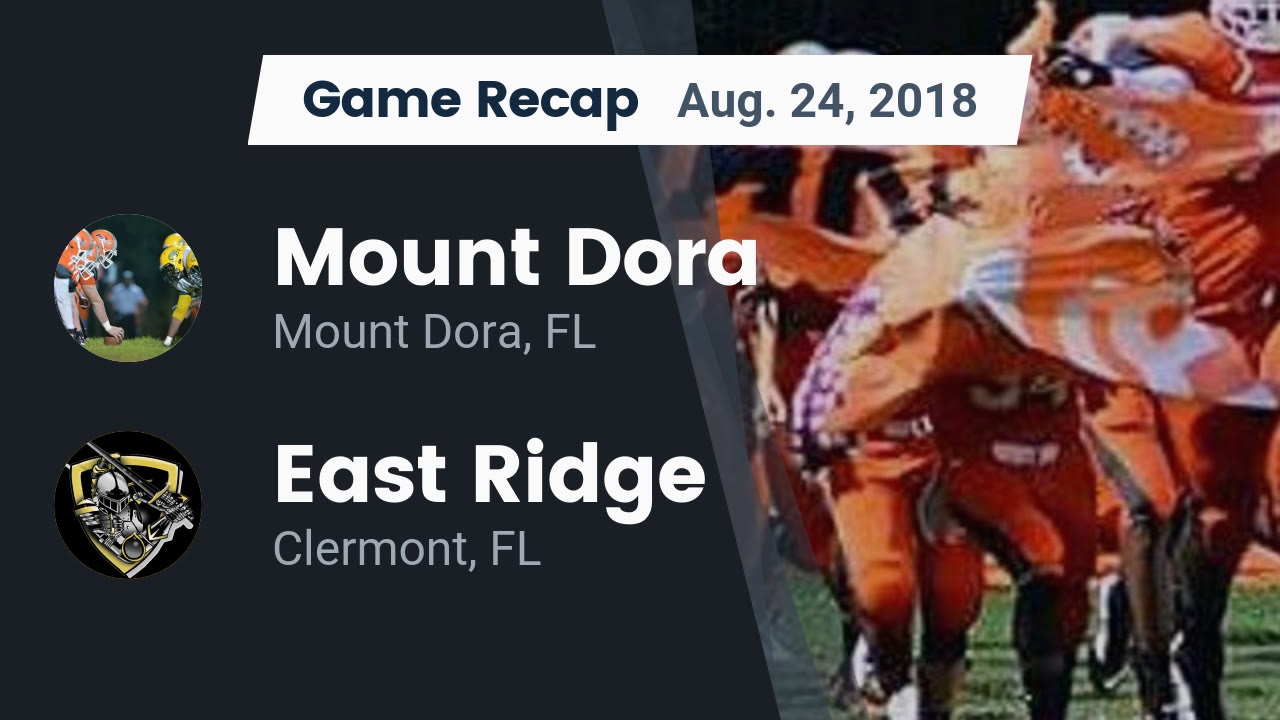 It took East Ridge a little while to get things going in its season opener against Mount Dora on Friday night, but once the Knights got untracked, there was no stopping them.

Sparked by a 92-yard kickoff return by Tre Azcano, East Ridge wore down the Hurricanes for a 49-27 win. The game was played in Tavares due to poor field conditions at Mount Dora.

“We’re young,” East Ridge coach Jason Robinson said. “The last two weeks (including the Kickoff Classic) we’ve grown into each game. Hopefully we’ll grow out of that. We just have to come out with the right mindset and dictate from the start. It’s a maturity thing.”

East Ridge fell behind 13-0 and could have been in a deeper hole except for a missed field goal by the Hurricanes. But from there the Knights scored on every possession until the game was stopped with about three minutes left following a scary Mount Dora injury that brought a 40-minute delay.

The Knights scored on the final play of the first half to take a 29-27 lead — their first lead of the game — and then shut out Mount Dora in the second half.

Cordell Saunders rushed for 131 yards and a touchdown on 18 carries while Robbie Sanders added 93 yards rushing with two touchdowns on 14 carries for East Ridge.

Sanders also hit on 8 of 13 passes for 156 yards and three touchdowns, including a 52-yarder to T.J. Cawley.