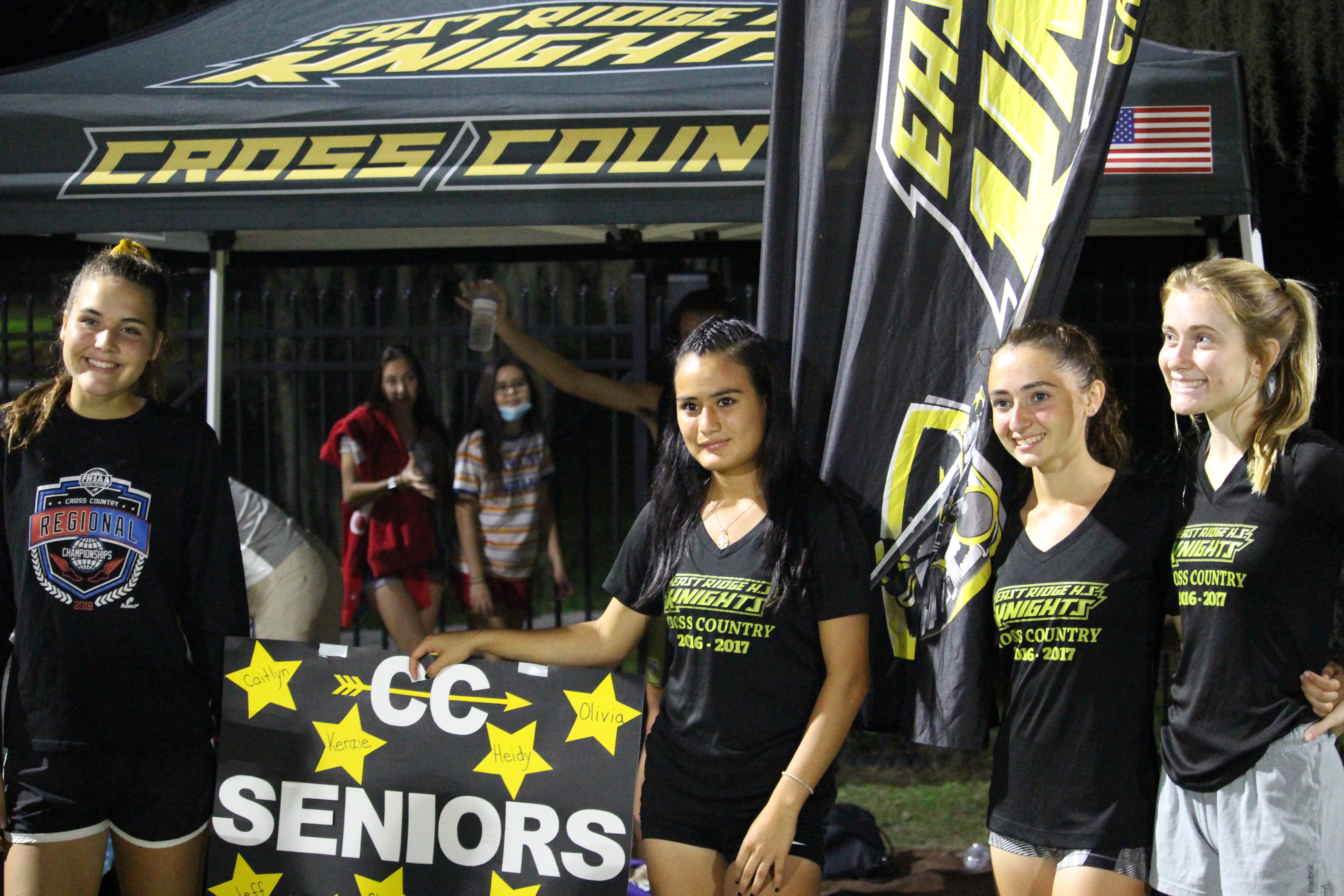 The East Ridge High School girls varsity cross country team traveled to Kissimmee to compete in the JT Memorial Cross Country Race at Austin Tindall Park on Friday October 16. The event is dedicated to the life of Julius Tharpe, known as JT to his coaching friends who started the event. JT was a beloved coach, teacher, and referee in Osceola County schools, and the coaches from Gateway High School and Osceola High School decided to create a memorial race after JT passed away in 2019. The race was held on Friday evening, and the temperature and sunset made for optimal conditions for runners to showcase their mid-October performances. For East Ridge High School, Friday night was the last meet of the regular season, and the girls cross country team was excited for their last race before they begin their final preparations for the district meet at the end of the month.

Girls from seven different schools throughout Central Florida competed in the JT Memorial Cross Country Race on Friday evening. Senior Mackenzie Hill led the Knights as she swiftly moved along the soccer fields of Austin Tindall Park. In her final regular season race of her high school career, senior Mackenzie Hill led the entire field of 46 varsity female runners. Mackenzie was spotted finishing the first of two loops in a close race with two runners from Holy Trinity Academy. By the end of the second loop of the race, Mackenzie had opened up a considerable distance between herself and the Holy Trinity runners. Mackenzie posted a swift 18:31 finish time and placed first overall, and was the JT Memorial individual champion! Mackenzie celebrated her last regular season meet of her high school career by winning her first invitational individual championship of her high school career! Sophomore Bre Peine was the second Knight to cross the finish line on Friday evening. Placing thirteenth overall, Bre finished in a time of 20:14!

East Ridge placed fourth out of seven schools that fielded complete teams. Holy Trinity Academy out of Melbourne won the invitational by placing their first five finishers in the top fifteen positions.

Friday’s race capped off the 2020 regular season for the girls cross country team. Now the focus for the team is the district meet. The girls will compete in the Class 4A District 6 meet on Friday October 30 at West Orange High School at 8:00 AM. The team has worked hard to give themselves an opportunity to qualify out of districts into the regional race. Last year East Ridge finished seventh out of seventeen teams at districts and qualified for the regional meet for the second season in a row. The girls team hopes to make a third consecutive trip to the regional meet!