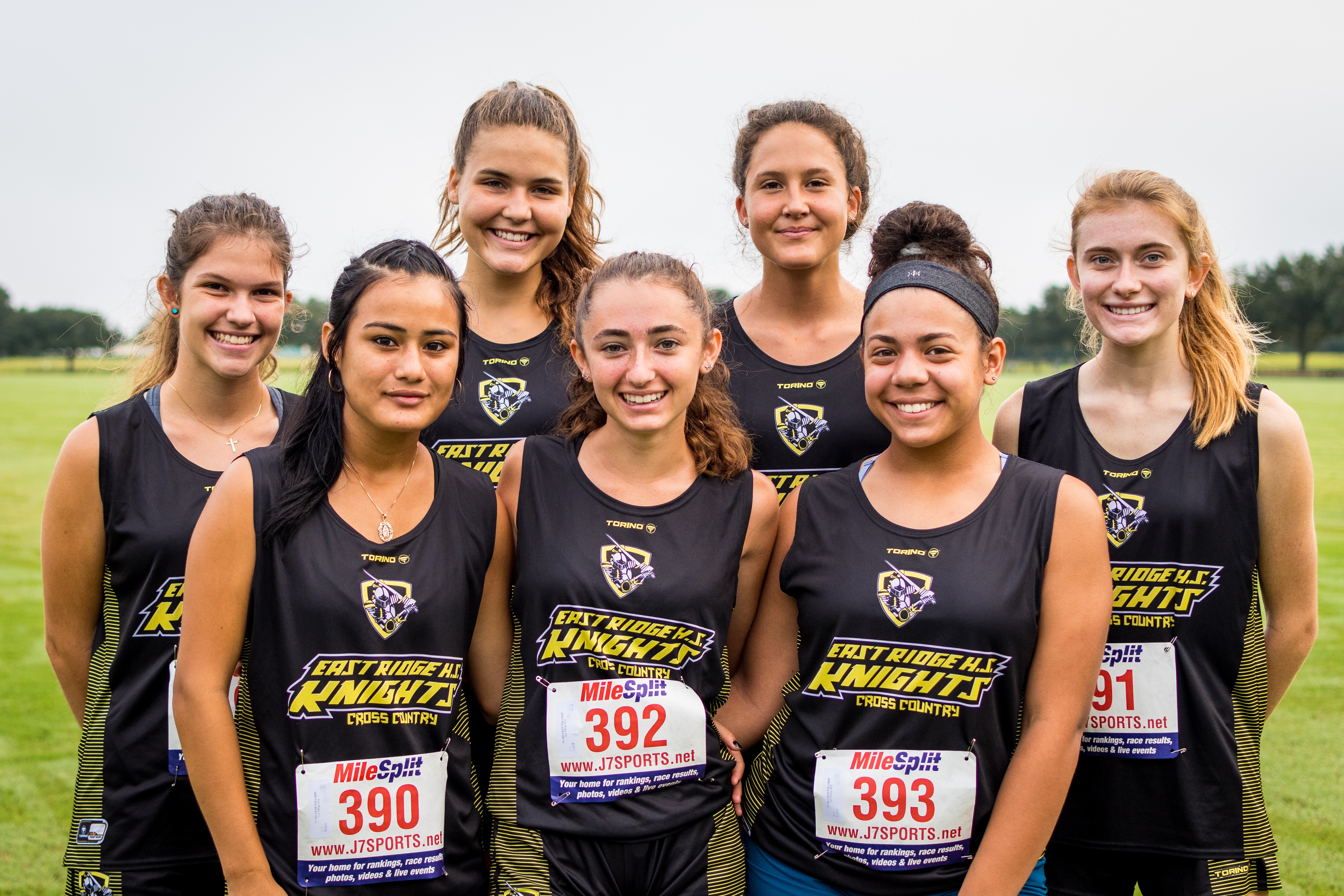 The East Ridge High School girls cross country competed in the Buffalo Invitational Cross Country Meet at the polo grounds in the Villages on Saturday morning. An overcast sky helped to keep the temperature low for a mid-September morning, and the runners were able to improve from their earlier performances this season.

Girls from 15 different schools throughout central Florida participated in this morning’s meet at the Villages Polo Club. The girls varsity race began at 8:15 AM. The runners made their way across a beautiful polo field, and then ran around two other auxiliary polo fields in a sort of figure eight layout. The final 800 meters led the runners back around the main polo field with the finish chute right in front of the grandstand. Senior Mackenzie Hill was the first Knight to reach the finish line. Mackenzie rounded the first mile marker, spotted in fourth place, in a time of 6:29. She pushed through the second and third miles, losing only one position in the final mile. Finishing in a time of 20:46, Mackenzie set a career personal best time by seven seconds! She placed fifth out of a field of 87 varsity runners, and medaled for the second week in a row! The second Knight through the finish chute was senior Heidy Castillo. Heidy’s finish time was 23:38 and she finished in 30th place. Heidy’s performance on Saturday morning earned her yet another new career personal best time. For two consecutive weeks, Heidy has set career personal best times, and she is working hard to continue her progress through her senior season.

As a team, the East Ridge girls placed sixth out of eleven schools that fielded complete teams. East Ridge was able to edge out their cross-town rival, Lake Minneola High School, by four position points. Sunlake High School, from Land O’ Lakes, claimed first place at the meet by placing five of their runners in the top ten. The overall winner for the girls varsity race was senior Meadow Millet from Sunlake High School. She finished the race in a swift time of 18:54.